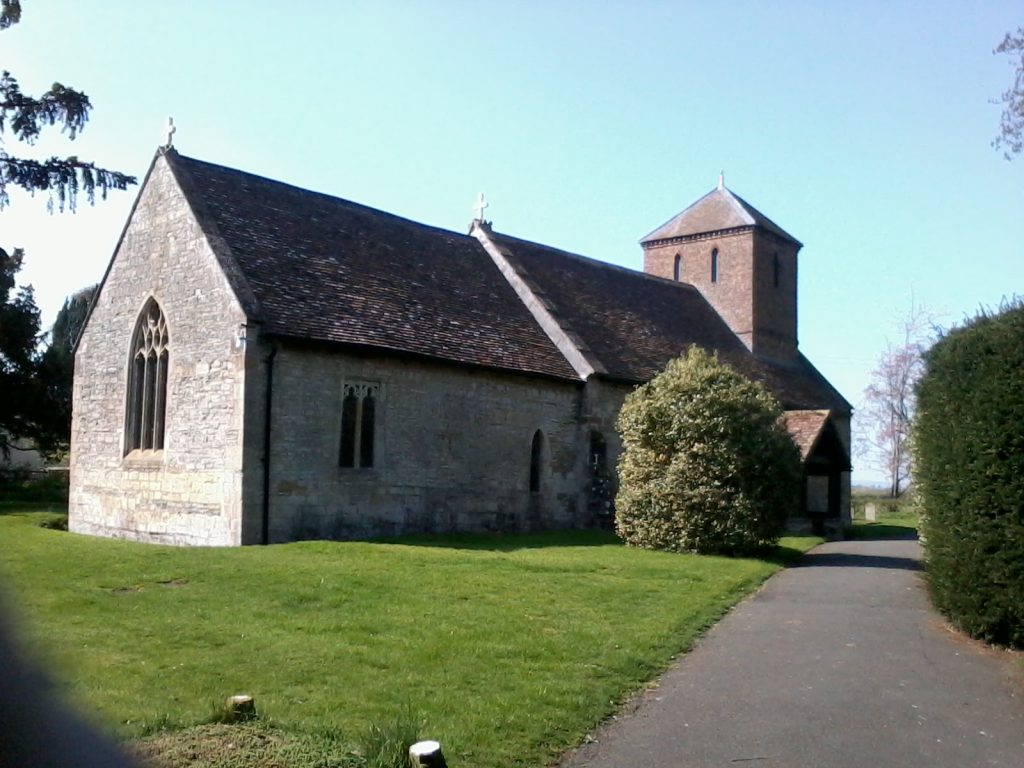 There was no church listed in Peopleton in the Domesday Survey of 1087 but it is recorded that in 1086 the village belonged to the Abbot of Westminster who may have had a church built at that time. The earliest parts of the church now intact are 12th or 13th century, the chancel being newer than the nave. The walls are of lias clay with sandstone window dressings. The font is from 14 – 15th century and was moved from under the tower to be situated by the north door in 2013, the communion rails date from about 1640. All the roofs are of the wagon-type in the past being plastered, the plaster was removed in 1908, but the rood beam is the church’s main treasure being beautifully carved with trailing vine leaves and grapes and now positioned at the rear of the nave.

There are three old bells in the tower on the west of the church, the Tenor dated 1631, the Treble dated 1758, the third undated all made by Rudhall of Gloucester. The Registers date from 1632, but the earlier years are incomplete. The monuments in the church are mainly of the Dineley family who held the manor from 1682 to the mid 19th century. An early 19th century wooden bell tower, shown by the drawings of Peter Prattinton in 1815 to 1825, was a quite tall and quaint structure; its brick replacement was built in 1845.

In 1908 much renovation was done by Lady Caroline Norton of Bowbrook House, including construction of the vestry. There is a fine chamber organ made by Johannes Lincoln of London in 1806, restored by Trevor Tipple of Worcester and installed in 1989. Between 2009 and 2017 the north roof, tower, vestry roof and the walls were repaired and restored by the Friends of St Nicholas Church and a toilet was built in the churchyard in 2011.

The church is now a grade 11* listed building and the churchyard is a conservation area, both are well kept by the Parochial Church Council with help from the Friends and we hope you will take pleasure in visiting this lovely church.